The Brain Booster will help increase mental concentration and focus. Enhancing your learning ability and memory retention.
One should take up to 6 per day. We suggest starting off with 4 capsules per day the first week and 5 capsules per day the next week
Want a discount? Become a member by purchasing Health Shop Membership, or log in if you are a member.
SKU: 492 Category: General Health

SHANKAPUSHPI (Aloe Weed) helps to promote memory, intelligence power and concentration of mind. It helps to enhance the blood flow to brain & also helps in calming the mind. It also helps in reducing the stress so helps to provide comfortable sleep.It is one of the best and prominent natural medicines that help in improving memory. The whole plant of shankhapushpi is used in medical treatment. Its consumption also prevents memory loss

GINKGO BILOBA has been traced back nearly 300 million years making it the oldest surviving tree species on earth! It is popular as a “brain herb.” Studies have proven that it can improve memory in people with dementia. Ginkgo facilitates better blood flow through out the body, most notably the brain, where it both protects and promotes memory and mental function, even for people with Alzheimer’s disease.It has been reported as demonstrating anti-oxidant abilities with improvements of the platelet and nerve cell functions and blood flow to the nervous system and brain. It has also been reported as reducing blood viscosity.

BACOPA(Brahmi) can focus mental activity and sharpen thoughts, even as mood is relaxed. It is a long-term brain boosting regime for support use as a therapy for persons suffering from cognitive issues, short attention span, foggy memory, and blurred focus. Brahmi’s bacosides activate receptors for GABA (Gamma-Aminobutyric Acid), an inhibitory neurochemical which controls and prevents stress reactions. When this neurotransmitter is released in the brain, it blocks certain reactions that are naturally triggered during stressful circumstances. Brahmi ensures that the brain has enough GABA activity to control anxiety and over-excitement even in highly stressful situations. It is often recommended for ADHD patients due to its ability to calm jagged thoughts without impeding normal mental energy.

GOTU KOLA has been used for centuries as an effective mental enhancer, and recent studies with animals and humans support its use in increasing memory and improving cognitive function. It is thought to help the functions of the nervous systems and also increases brain power. It strengthens memory, concentration and intelligence as well as promoting longevity, improving the voice, physical strength and complexion. It promotes stronger cognitive function and reduced mood disorders. As a nervine herb that is particularly replenishing and rejuvenating for the central nervous system and helpful for calming nervous disorders and chronic anxiety.

Jatamansi Known for inducing lucidity in the mind, Jatamansi is a brain tonic which promotes higher mental functions. It is an ideal herb for meditators, students, musicians and all who need deep focus and attention in their work. It stimulate the brain and increase alertness and focus. It significantly aids information absorption and memory recall as it promotes cerebral circulation. It a curative for memory loss, and any attention deficit disorders. Jatamansi specifically targets the nervous system and penetrates deep into the brain tissues. It scrapes toxins from the subtle channels in the mind and opens the nadis of the higher chakras. Treats headache, mental stress, laziness, and emotional imbalance. Jatamansi acts as a remedy for mental stagnation of all degrees. It awakens latent cerebral functions which when inactive can cause depression, grief, mental handicap, and post-stroke symptoms. 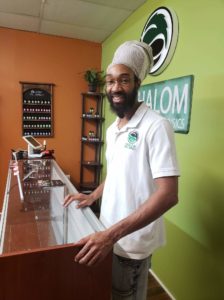 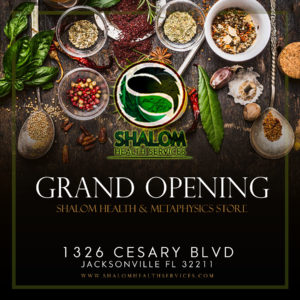 Parasite Cleanse on Sale The Month of July! Just 60.00. Dismiss